Winlink 2000 (WL2K) is a worldwide system of volunteer resources supporting email by radio, with non-commercial links to the internet. These resources come from Amateur Radio, the Military Auxiliary Radio System (MARS), and other volunteer organizations. The system provides valuable service to emergency communicators, and to licensed radio operators without access to the internet. The all-volunteer Winlink Development Team (WDT) is committed to continuous improvement using modern computer and networking technology with the most efficient and effective radio modes and digital protocols for local, regional and long-distance applications.

Delaware County ARES-RACES maintains a Radio Message Server (RMS) node located at the EOC in Middletown Township with an omni-directional VHF antenna mounted on a 55-foot tower. The call sign of the two-meter 1200 baud packet node is W3AEC-10 operating 24/7 on a frequency of 144.910 Mhz with an output power of 25 Watts. This RMS packet node is a gateway station linked to the internet via a microcomputer interfaced with a VHF transceiver and Kantronics KP3C+ TNC Terminal Node Controller (TNC).

The Winlink 2000 system is an extremely effective method for delivering email service to an agency within Delaware County that has suffered a disruption in internet access due to a prolonged power outage or telecommunications infrastructure failure. If an agency has a critical need to send important email traffic, an ARES-RACES field digital communication station can be deployed. Emails can be sent from a laptop computer interfaced with a two-meter transceiver and TNC and transmitted on 144.910 Mhz to the W3AEC-10 node at the EOC. The emails received at the W3AEC-10 RMS node are forwarded to the internet and delivered in a normal manner to the addressee.

In situations where the distance from an affected agency to the nearest RMS packet node is too great for a VHF link to be effective, HF frequencies can be used at a lower baud rate with reduced throughput. 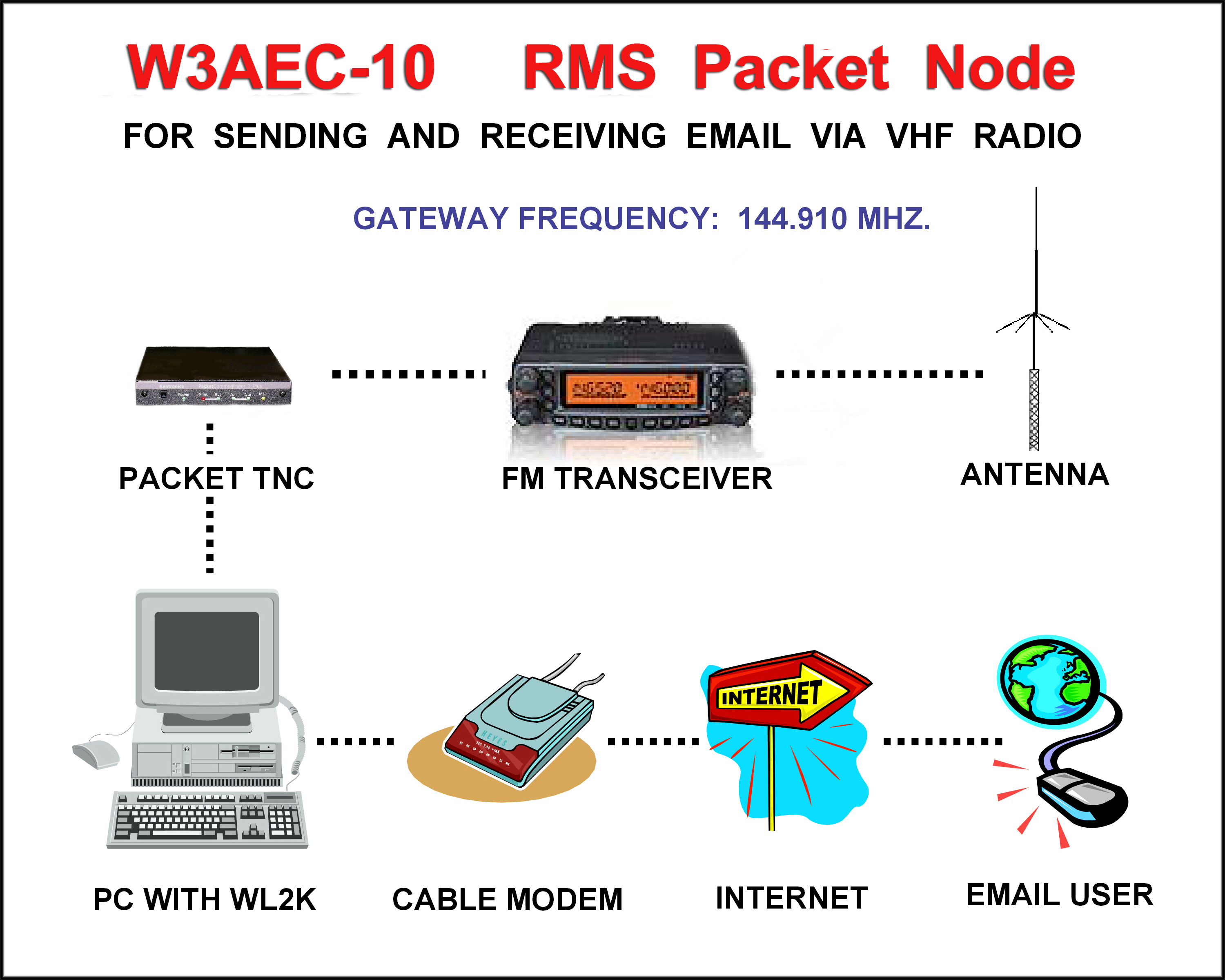